Sardinia, a geological history of 600 million years old, has significantly characterized and influenced the human history of the peoples who lives and visit this island since 5000 years ago. Due to a particular territory, human communities were isolated to each others, limiting their development and progress, but at the same time helping to preserve their uses, traditions and environment.

Times change and Sardinia has become more accessible thanks to the progress, infrastructure development and connection with the world. But you’ll still find the same landscapes: coasts with clear waters, long beaches, and an amazing dune systems; and moving inland, rocky plateaus and mountains of granite, trachyte, basalt, dolomite, covered by forests and Mediterranean vegetation.

Our history is showed by the age-old ruins of the Nuragic people, that appear among the vegetation or excavated into the rock and by the conquering peoples of Phoenicians, Romans, Spanish, who have also enriched the heritage that we would like you to show.

The island is divided into more than 30 historical-geographic areas, each of these has its own natural, anthropological and cultural features.

You can walk on some of the oldest emerged parts of Europe, as the Sulcis-Iglesiente, in the southwest; here a long geological history is recognizable ranging from the Cambrian to the Quaternary, which made it one of the most important European mining areas. The archaeological sites are a clear indication of the strategic importance that has had this for Nuragic people and later to the Phoenicians, Carthaginians and Romans.

Its metal resources have been exploited from the Neolithic until the middle of ‘900, with the large investments that have changed the landscape and the social life of the Sardinian people. Of this activity remain clear traces in the whole area: entire villages in ruins, monuments, wells and railways, but especially so many roads, trails and paths, once used by miners and charcoal, are now available to those who want to cover them.

By following these trails you can admire the old dunes systems of Piscinas and Scivu, whose dunes created by the action of the Mistral wind, are high nearly 150 meters and penetrate within for almost a kilometer. Among the juniper and olive trees you can see the deer coming down to the sea, and in June, the sea turtles that lay their eggs. At this coast follows the green mountains of the Costa Verde, to the ruins of the mining villages; then the granite cliffs of Capo Pecora, and also the hiking network known as Miniere nel Blu – Mines in Blue -, whose mountains and coastal paths allow you to create hike tours adapted to the needs of the tourist who wants to live the area in movement.

Moving inland there are basaltic plateaus, one of this called Giara di Gesturi, a microcosm of endemism, made of swamps and forests of oaks, home to one of the last colonies of wild horses.

Discover paths of Ogliastra area, in the central-eastern coast of Sardinia, whose territory includes the central massif of the Gennargentu, the Supramontes, the area of the Tacchi – Heels – and the coastline bathed by the Tyrrhenian Sea.

The Gennargentu, “the Silver Door”, is characterized by the nature of shale and granite rocks originated in the Paleozoic, where we find the highest peaks of the island, Punta La Marmora and Bruncu Spina 1,834 meters and 1,828 meters.

The Supramonte, a series of limestone plateaus extending from the Gennargentu mountain slopes to the east coast, whose average height is 900 meters above sea level ,with some peaks over 1300 meters. The erosion has profoundly changed this tormented territory, that is rich in important natural monuments, such as the Canyon of Gorroppu, sinkholes of Tiscali and Su Sercone, the chasms of Su Disterru and The Golgo.

The water has found its way, digging narrow valleys that flow into the sea, break the high coastal limestone walls to create the beautiful beaches of Goloritze, Cala Luna, Mariolu and Sisine. These small beaches are accessible by sea or after long walks.

In the southern slope of the Gennargentu and Supramontes we find the Tacchi d’Ogliastra area, characterized by limestone outcrops nature – the Dolomites as Perda Liana and Monte Tonneri.

The whole area is just anthropized, but in Ogliastra there is also an extensive network of paths, bridleways and trails let inherited from the pastoral culture, the ways of transhumance. These routes allow the visitor to discover a land of extraordinary beauty, definitely not easy to access, but for this reason rich in a wild and archaic charm.

8 days hiking in the best spots of Sardinia.

When – From April to October 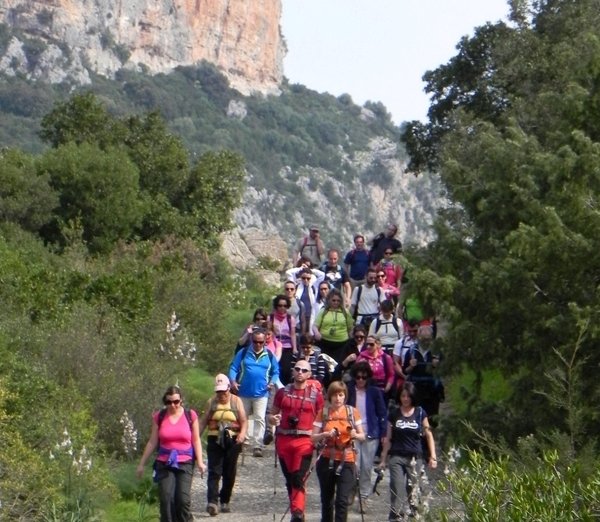 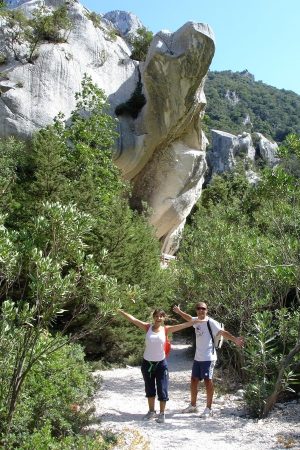 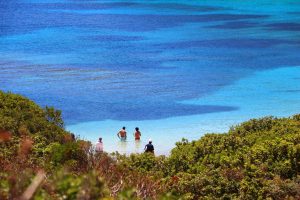 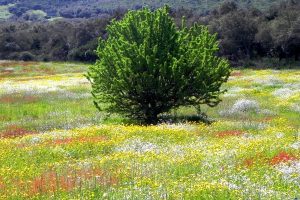 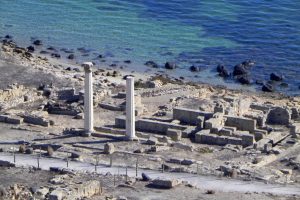 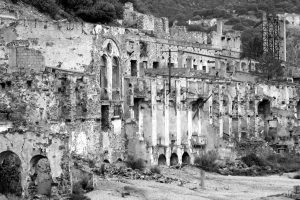 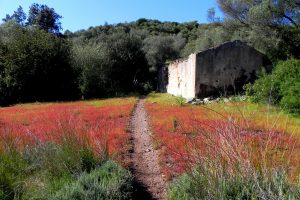 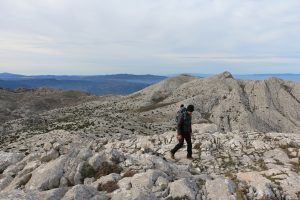 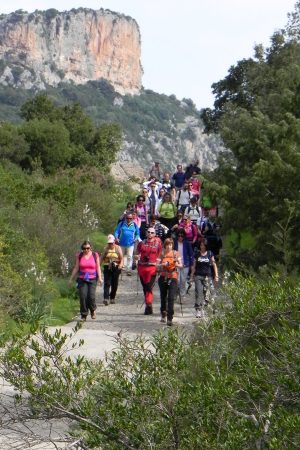 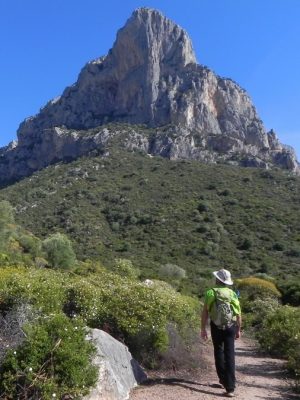 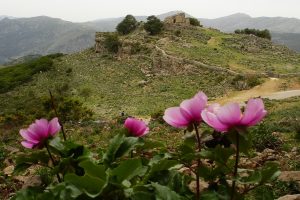